Last Tuesday, at the unveiling of the brand new iPhone 12, Apple showcased its LiDAR sensor and its capabilities. The LiDAR sensor had already been introduced earlier this year with the new iPad, and it’s now been implemented in iPhone 12 Pro and 12 Pro Max.

LiDAR integrates lasers for sensing and mapping, and it functions in a very similar way to a radar. The scanner fires laser pulses at different parts of a scene in a short period of time. This is a well-known technology that was used by NASA in the past to map the globe.

However, this technology wasn’t available to everyone. The first LiDAR sensor was introduced over 10 years ago by Velodyne. At the time, it cost $75,000 and it would definitely not fit a smartphone.

The sensor can enhance the camera’s capabilities, especially when the light outside is scarce. But this isn’t the most exciting part of it. The most exciting part is that, by measuring the distance to objects in your surroundings, it can contribute to a more realistic augmented reality experience.

2. How can it change the game for AR?

Apple is working hard towards making AR a reality. According to the company, its LiDAR sensor will be able to measure objects that are up to 16 feet away. A more realistic AR device can encourage developers to incorporate the technology into their projects.

Since Apple launched its ARkit platform for developing AR iOS apps it has been pushing really hard to make a breakthrough in the industry. Nowadays, huge retail companies like Ikea are bringing AR into their buying process, airlines are putting together AR experiences to make navigating airports less of a hassle, and these are only a few examples.

Companies worldwide are constantly looking for opportunities and AR can be that missing piece for them and their users. But it’s not all about shopping: industries like healthcare and education could hugely benefit from a breakthrough in AR technology. Let’s hope this is it!

According to some predictions, augmented reality could soon be the new norm. With the extended capabilities of LiDAR, Apple’s investments in AR could start to pay off. Incorporated in real day-to-day apps, AR could make a huge impact on the world as we know it.

Some companies are already betting on it. Snapchat, for example, has confirmed it’ll ship LiDAR-powered lenses to its iOS app. With new integrations coming up in the future, we can’t wait to see what changes LiDAR brings into the world of mobile apps.

Every new technology comes with its challenges and opportunities both for the companies and the users to explore and benefit from it, and we look forward to the exciting changes in the AR landscape!

For the past couple of years, the health app market has been constantly growing. From exercise apps to telemedicine apps and mental health apps. These apps can be divided into 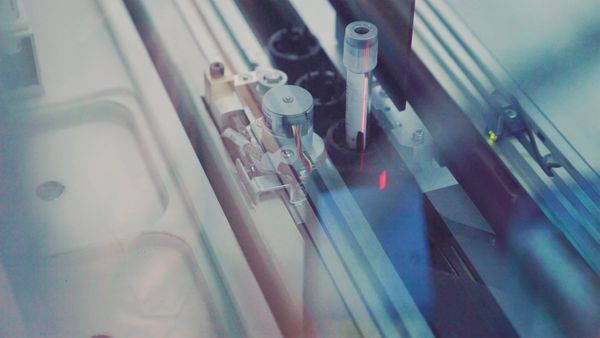 Post-COVID Healthcare Technology Trends:Healthcare and technological advancements have always stayed hand in hand to make the world a healthier and happier place to live in.  The impact of digital