Let’s start at the beginning: what makes an idea disruptive?

A disruptive idea is something that changes the way a traditional business or industry operates in an innovative way. When we think about technology, disruptive innovation is part of its nature.

In the health industry, traditional healthcare has always been the norm, until recently. Initially, when a disruptive idea arises, people are reluctant to switch to the new offering. And that’s even more complicated with such a sensitive topic as health or wellbeing.

Thankfully, healthcare providers are integrating emerging technologies more and more into their processes. This is great news for a lot of reasons, one of the most important is providing more of the world’s population with access to healthcare and improving countless lives in the process.

Who are the game-changers disrupting the industry?

Ada Health is a symptom assessment app that was launched in late 2016, but they’ve been working on their AI technology for about a decade now.

Though there are many similar apps out there, Ada has the highest accuracy rate among its competitors and they claim to have the highest user satisfaction as well. The company has already gone through two successful funding rounds, with the last one being led by a fund by Bayer and raising 90M in funding.

The app has been used by more than 11 million people in 150 different countries, and it’s completed 24 million assessments. It’s available in 10 different languages, making massive use truly possible. But their CEO, Daniel Nathrath, doesn’t want to stop there: he wants to use the funding to give a billion users access to their app and the benefits of its diagnoses.

The Oura Ring is one of the most exciting IoT devices in the healthcare space right now. The company combines advanced sensor technology and a mobile app to provide personal health insights to the users.

While the company focuses mainly on achieving better sleep, it also keeps track of readiness, meaning your capacity to perform at your mental and physical best, and activity, with daily activity goals and inactivity alerts.

During nighttime, the ring measures a series of different variables, from Heart Rate Variability (HRV) to nighttime movement, body temperature and REM sleep.

Though health trackers are not particularly news, Oura’s wearable and its particular shape are in the spotlight of the wearables market, with the company working on extensive research and recently raising 100M in funding.

Can a wearable save your life? If you still believe it can’t, then you might want to ask this guy, who was surprised to find firemen rescuing him after falling on his driveway.

After the man (65) fell on his driveway, he broke his nose and passed out. His Apple Watch detected the fall, and when he didn’t respond to the alert, it automatically called 911.

You might be tempted to say that this was a one-time thing, or a special case. However, the watch’s fall detection feature, heart rate notifications and exercise tracking features are known to have saved lives more than once before.

But this is not the end for Apple, the company is planning to introduce more life-saving features like a blood temperature sensor soon and a glucose sensor down the road. It is amazing to see how a tiny wearable can make a difference in life and death situations.

Disney and Phillips have thought of the children recently and have teamed up to create a more comfortable environment and a positive experience for kids during medical procedures. We all know an MRI is no fun, but for children it is even harder.

The two companies are creating the Ambient Experience, a more personalized experience for kids’ MRI procedures through storytelling. Their goal is to reduce stress and anxiety for the young patients, by showcasing a series of animated stories, including some of Disney’s most beloved characters, such as Aladdin, Mickey Mouse and Ariel.

By making the kids more comfortable, the pilot is also looking to improve the clinician’s ability to carry out their tasks in MRI scanning rooms and get first-time-right imaging.

The pilot will be conducted across 6 different European hospitals, and is part of a growing human-centric approach across healthcare.

Have you ever thought about how technology can help you improve your sleep? Well, Eight Sleep has, and it’s not only innovative, it’s also tailored to each user. The famous smart mattress manufacturer, has just revealed their groundbreaking innovation: sleepOS.

sleepOS is the world’s first operating system focused on sleep optimization. From your ideal thermal environment, to biometrics and even sleep coaching, the os monitors your sleep and makes adjustments automatically to improve it.

It’s newly released features act as the brain of Eight Sleep, leveraging data and analytics to create a customized AI model for each and every single user. Based on sleep patterns and user feedback, the OS makes continuous adjustments to the Pod in order to achieve optimal sleep.

The healthcare and wellbeing industry is going down an exciting path, full of innovation and groundbreaking ideas that could change all our lives for the better! Is there a healthcare or wellbeing product that has changed your life? We’d love to add some new inspiring ones to our list!

Hattrick has been recognized as a Top 20 Software Development Companies in 2021 by DesignRush. DesignRush is a B2B marketplace that connects brands with professional full-service agencies, web design companies, digital marketing firms, and top technology companies. Their platform lists over 9,300 agencies 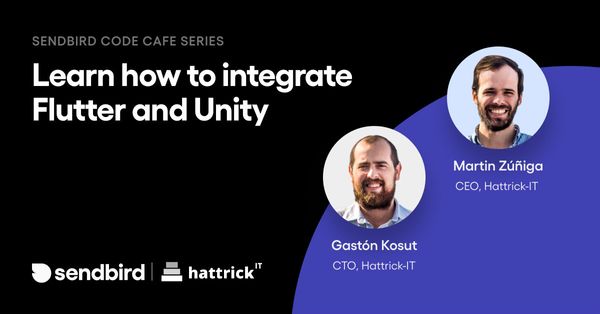 A couple weeks ago, we were invited to share some of the cool stuff we´ve been building at Hattrick and we wanted to share it with you as well!